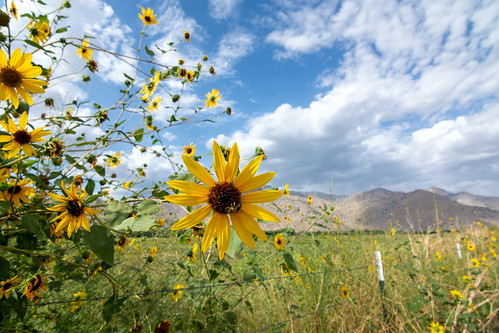 Sequoia National Forest is located in the southern Sierra Nevada mountains of California. The U.S. National Forest is named for the majestic Giant Sequoia (Sequoiadendron giganteum) trees which populate 38 distinct groves within the boundaries of the forest.

The Giant Sequoia National Monument is located in the national forest. Other notable features include glacier-carved landscapes and impressive granite monoliths. The Needles are a series of granite spires atop a narrow ridge above the Kern River. Forest headquarters are located in Porterville, California. There are local ranger district offices in Dunlap, Kernville, Lake Isabella, and Springville.

There are six wilderness areas within Sequoia NF that are part of the National Wilderness Preservation System. Some of these extend into neighboring National Forests, as indicated. Two of them also extend into land that is managed by the Bureau of Land Management.

The National Forest contains over 2,500 miles (4,000 km) of road and 850 miles (1,370 km) of trails, and hosts a number of camping and recreational facilities. The forest is adjacent to Sequoia and Kings Canyon National Parks.