Pullman National Monument, also known as The Pullman District and Pullman Historic District, is located in Chicago and was the first model, planned industrial community in the United States. The district had its origins in the manufacturing plans and organization of the Pullman Company, and became one of the most famous company towns in the United States, as well as the scene of the violent 1894 Pullman strike. It was built for George Pullman as a place to produce the famous Pullman sleeping cars.

Originally built beyond the Chicago city limits, it is now in what is the Pullman community area of Chicago, the district includes the Pullman factory and also the Hotel Florence, named after George Pullman’s daughter. Also within the district is the A. Philip Randolph Pullman Porter Museum, named for the prominent labor and civil rights leader A. Philip Randolph, which recognizes and explores African American labor history. Parts of the site, in recent decades have been owned by the Illinois Historic Preservation Agency prior to gifting them to the federal government. Additional grounds remain owned by the state, as The Pullman State Historic Site. The Pullman District, including the national monument, state historic site, and private homes is east of Cottage Grove Avenue, from East 103rd St. to East 115th St. It was named a Chicago Landmark district on October 16, 1972. It was listed on the National Register of Historic Places on October 8, 1969 and declared a National Historic Landmark on December 30, 1970. 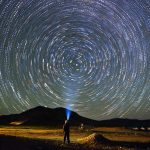 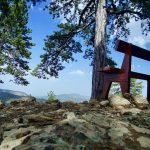