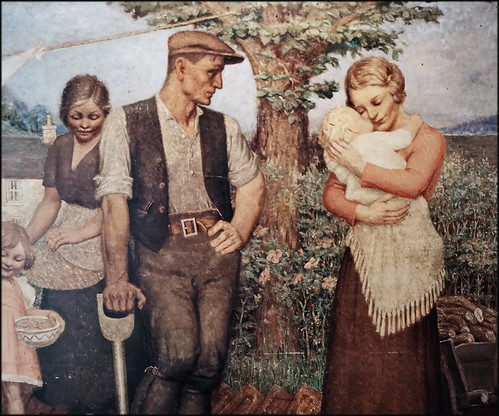 Detail from "welsh Family Idyll
by Vincent Evans (1865-1976). About 1835.
The expansion of Welsh Industry in the nineteenth century lead to the growth of towns throughout the coalfields. Large numbers of people moved from rural areas and further afield for work.Mines were sunk,works and railways were constructed and hundreds of thousands of houses were built.
Rural villages were transformed and a large number of new communities developed. This laid the foundations of modern Wales.
Vincent Evans was born in Ystalyfera. He worked as a coal miner for ten years before gaining a scholarship to Swansea School of Art in 1918.