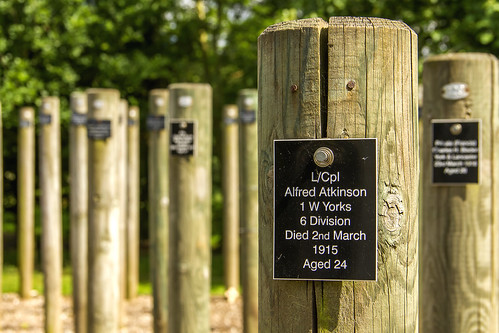 The Shot at Dawn Memorial is a monument at the National Memorial Arboretum near Alrewas, in Staffordshire, UK. It memorializes the 307 British Army and Commonwealth soldiers executed after courts-martial for desertion and other capital offences during World War I.

The National Memorial Arboretum is a national site of remembrance at Alrewas, near Lichfield, Staffordshire, United Kingdom. It gives its purpose as:

The National Memorial Arboretum honours the fallen, recognises service and sacrifice and fosters pride in our country. It is a spiritually uplifting place and is emerging as a world-renowned centre for remembrance.

The Arboretum is an evolving, maturing woodland landscape featuring 30,000 trees and a vast collection of memorials. The 150-acre site is a living, growing tribute to those who have served and continue to serve our country. 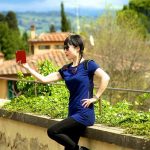 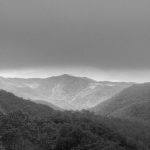