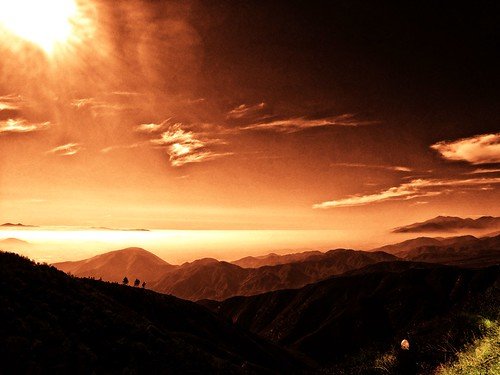 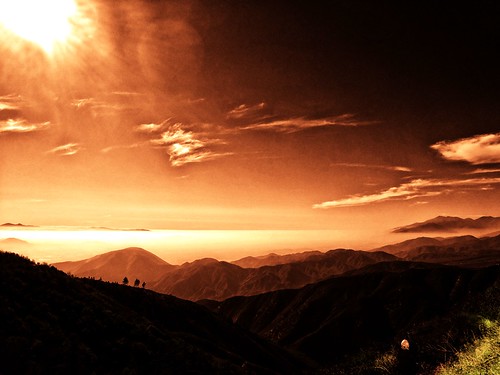 Austin has been asking me no less than about 10x a day for the past 6 weeks if we can go skiing soon.

Most of the time the answer has been: "No, you/we have something else planned".

Yesterday (MLK Holiday here in the US) however, for once(!), there was absolutely nothing planned, so when he WOKE ME UP (to ask if we could go skiing!), I was able to answer in the affirmative. He was as giddy as on Xmas Day (no joke) with my answer.

Sadly Chizuko and Travus couldn’t go as they both were still trying to shake a nasty Cold.

So…Austin and I made the 1h15m drive (left at 845a from Irvine, which btw, is 15min from the Beach) to the Snow Valley ski slope.

Picture taken on the way back home of the stupendous view afforded us as we drove back down the Mountain Range. Downtown LA would be pretty much right in the middle of this pic in the distance. 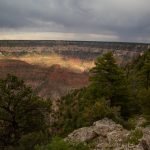 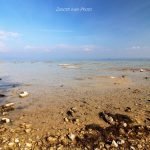