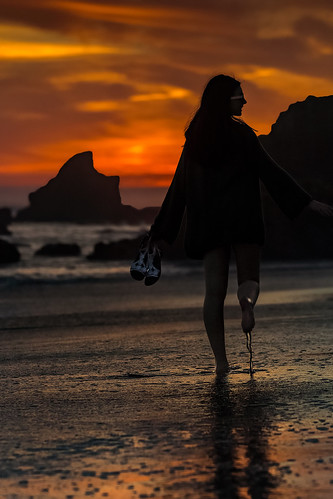 I used The Photographer’s Ephemeris on tuesday to help me pick a location to shoot and based on the review of the radar and locations I’m familiar with, I decided to return to El Matador Beach which is towards the end of Malibu. Malibu is a WAY bigger area than most probably realize. With the sunsets now an hour later, I had ample time even in traffic to go just about anywhere except of course Laguna Beach, a location I’ve yet to visit. I’m just not up leaving in heavy rush hour traffic and returning around 10pm. I also had about a half dozen other options along the way if I changed my mind since El Matador in traffic is about 90 minutes but I’m very familiar with that stretch of the PCH.

My first and only previous trip here came early in 2016 and I shot there on a very gloomy, windy and rainy day. If you aren’t familiar with El Matador, it’s extremely unique and possibly the least dog friendly place I’ve shot in California. The beach is carved from a massive cliff and the drop from the top to the shoreline is very high. From the large parking lot, you walk down a too narrow for two directions of traffic winding staircase that looks and feels like it should be replaced. The shoreline has large rocks jutting out from everywhere and the beach seems to only be about 50ft deep at it’s widest point from surf to cliff. This is a hugely popular shooting location for tourists, wedding photos, models, and pseudo models and on both trips it was much more crowded than I normally like.

The amazing thing about this place is what you see first when you start the descent from the parking lot. Once you get to the steps and look out, you suddenly see the ocean from 150ft up and there’s a strong temptation to just stop at each level of the stairs and shoot from a high vantage. Since I arrived a good half hour before the sunset really kicked in, I did pause a few times at the top to take some shots. Once down on the beach, I wandered down until I could line up with the sunset between the rocks and mostly stayed right there, alternating until dark between vertical and horizontal shooting as well as playing around with the depth of field. I shot this particular photo in horizontal to get a different look on the reflections with the 70-200lens and got lucky when this girl happened to appear in the right place. I was setting up to focus hard on the immediate foreground and this was the only shot I took with her in it. It’s underexposed since I wasn’t counting on her being the prominent subject in the shot but at least I kept her motion relatively static and got the great pose and golden outline from the remaining sunlight.

In retrospect, I’m disappointed I shot this in vertical and would’ve prefered the option of cropping this however I wanted, but this turned out to be one of my favorite captures on the evening. I’m glad her shoes stayed dry. Mine didn’t.