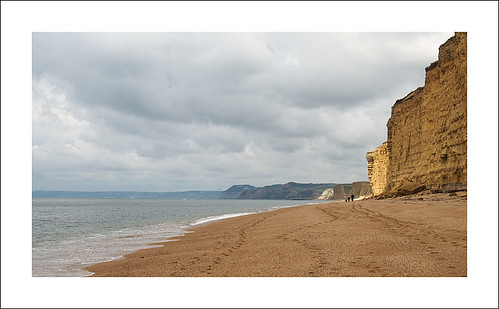 Hive beach, at the other, younger, end of the Jurassic Coast from where we were staying at Lyme Regis. Lots of fossils here, too, but different from the ones around 130 million years older around Lyme.

This shot was taken looking along the Jurassic Coast towards Lyme. Looking in the other direction, the cliffs end and after a mile or so the shingle of Chesil beach begins, which connects the Portland peninsula with the mainland outside of Weymouth.