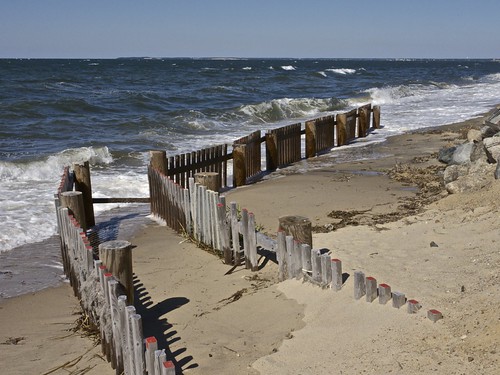 Originally settled by the Nauset tribe, Eastham was the site where in 1621 a hunting expedition landed, comprised from the crew of the sailing vessel Mayflower, which had stopped in Provincetown harbor on Cape Cod Bay after a rough crossing of the Atlantic Ocean.

This hunting party was the first encounter of the Pilgrims and the local Nauset people hence the name First Encounter Beach.

The area was not settled by Europeans, until 1644.